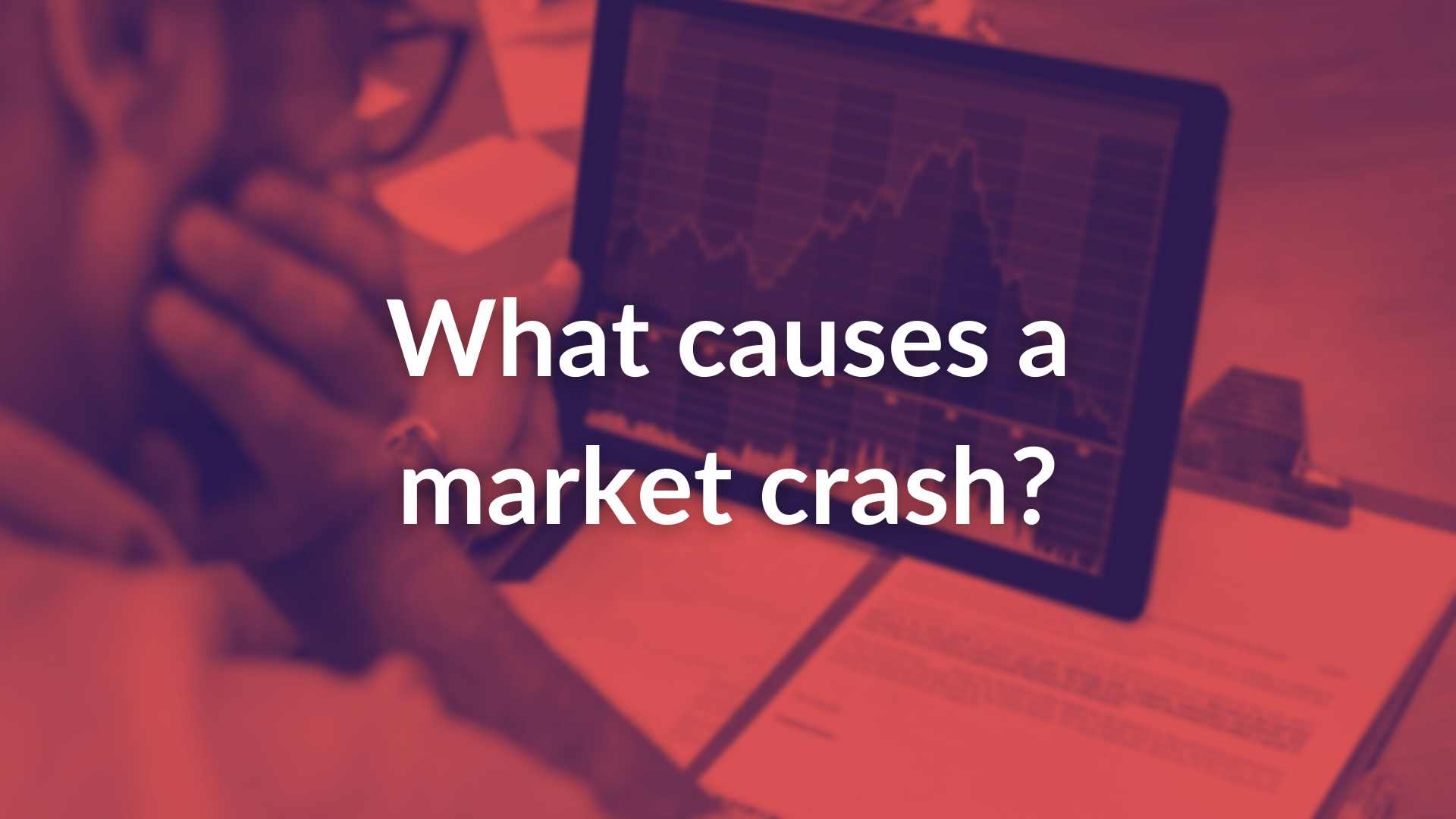 A market crash is technically a 20% drop in the market. This happens when more investors are selling their investments rather than buying. Prices plummet, and when it happens fast enough, it triggers panic selling in other investors, starting a chain reaction downward.

Over the last 3 weeks, as of April 22nd, we’ve seen almost 6 % drop. This is more of a correction than a crash.

First, is our current market going to crash?

The last 2 years have been anything but normal in the stock market. Since the bottom of the Pandemic Crash in March 2020, the market has grown by 120% to all time highs.

That’s way faster than the previous 5 years leading up to the pandemic.

Technically, no. A crash is when the market drops 20%. For all we know, this could be a healthy correction.

Here’s an image for some perspective:

That yellow line is the growth trend from the 5 years leading up to the pandemic.

The green circle is where the market would be today if we continued with the average growth from 2015 – 2020.

It means we could erase 17% of the market’s value right now and still be on a healthy 5 year growth trend.

This is the market as a whole, though. This doesn’t mean every company is overpriced. But if the indexes suffer, like the S&P 500, then the rest of the market will feel the heat as well.

This also doesn’t mean all of the growth we’ve seen in the last 2 years is unhealthy. It just means the hurt we’ve felt for the last few months makes sense when you look at the bigger picture.

To be clear, we don’t think we’re going to lose another 17% of market value. That image is purely for perspective. The growth the market experienced was unbalanced. We could be seeing some balance restored. But only time will tell.

So is a market crash coming?

Well we talk a bit about inflation and interest rates here.

When rates were lower and inflation wasn’t a part of the conversation, companies and investors “binged” on cheap debt. They saw an opportunity to invest while paying very little interest.

So there was a lot of buying for the last 2 years.

But with interest rates rising and the money supply slowing down, businesses and individuals aren’t taking as many risks. Investors are buying less and selling more.

Then there’s the inverted yield curve.

An inverted yield curve has accurately predicted each market recession since 1955 (with one misfire in the 60’s). Well, we saw the 2 and 10 year yields invert again a few weeks ago.

If patterns persist, we could see a larger market pull back in the next 6 – 24 months.

Let’s look at the last 3 market crashes to see what caused them.

What happened in the Dot Com Market Crash?

When the internet started to become popular in the 90’s, internet companies formed and raised large amounts of money, sometimes without having a product or business plan ready.

These companies would go public and list on a stock exchange. They raised a lot of money, burned through the cash, then collapsed.

As more companies folded, investors stopped buying and started selling. But so much money was invested in these internet startups that investors had to start selling other investments to make up for the losses, triggering the market collapse.

One major trigger came when Dell and Cisco sold large portions of their own stock at the height of the dot com mania, triggering panic selling.

What happened in the 2008 market crash?

After the Dot Com market crash, the government made it easier to borrow money and build houses. There was a surge of new construction through the states in the 2000’s. But the supply of houses quickly outpaced demand, so prices dropped.

By 2007, millions of people owed more on their mortgages than their homes were worth. This is known as being “under water.”

The problem was, banks were bundling mortgages into investments that they sold to other institutions and individual investors.

Millions of under water mortgages were in these “bundles.” As mortgage defaults began to rise, these bundles, once worth billions of dollars, suddenly became worthless.

The panic selling triggered a domino effect. Institutions started selling other investments to make up for the losses on these mortgages.

The selling continued for over a year.

What happened in the Pandemic Market Crash?

When the world shut down in March 2020, investors panicked and sold investments fast, anticipating a recession.

The big fear is that people would be out of work for long periods of time and spending would dry up. But governments stepped in with a lot of financial aid.

The recovery was quick and dramatic. Although we saw an incredible amount of selling in a short period of time, money was soon freely given out to people and the buyers came back strong.

What happens next is anyone’s guess.

We are watchful. Thanks to some stock option trading strategies, we’ve been able to find cash flow, even when the market sinks. But obviously that’s not for everyone.

If you’re curious about stock options, check out our Options for Beginners series. It gets you started with the basics of finding cash flow with stock options.

Otherwise, if we do see a larger market pull back, it could be a good time to get some stocks at good prices. Especially in our TFSA and RRSP accounts. But we will see.

🍒Cherry & Erwin
P.S. If you’re struggling to find cash flow in real estate, then this is for you: “How Real Estate Investors Find Cash Flow in the Stock Market.” This new, FREE report collects stories from 5 real estate investors and entrepreneurs about how they compliment their rental portfolio with stock hacking. Click here to get your free copy! 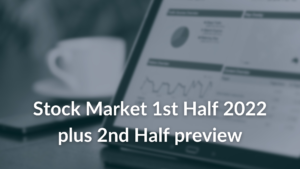 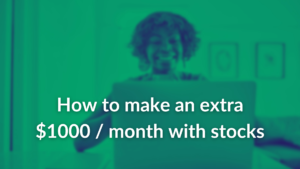 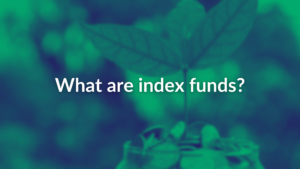 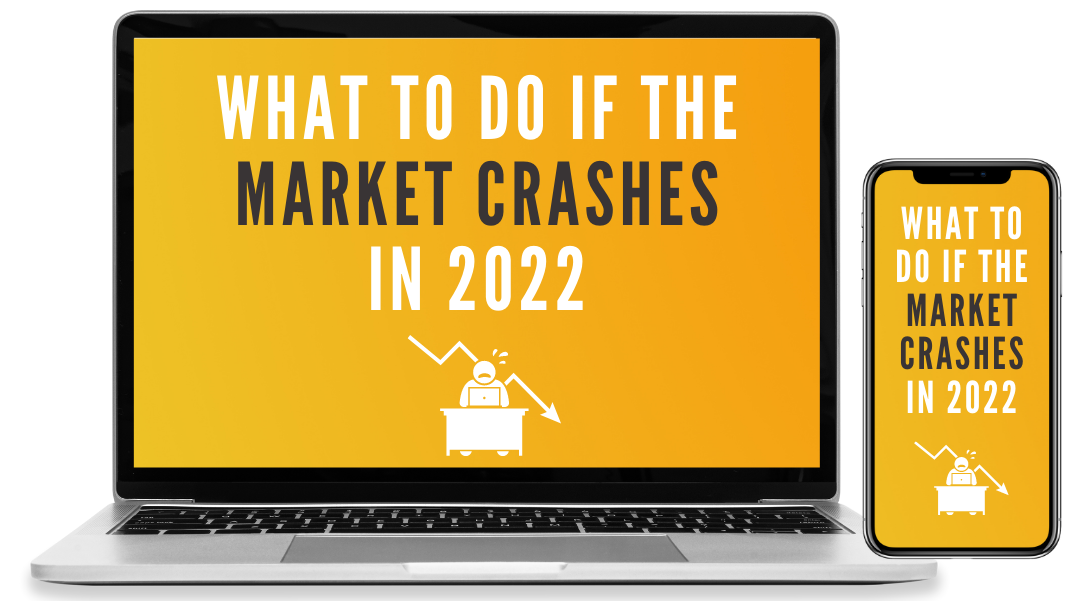